10 People are enquiring about this yacht in 24 hours Luxury super yacht offers her clientele superior charter experiences with exceptional service. Based on the East Coast of Australia, the yacht cruises between the Gold Coast and Far North Queensland.

We cater for charters from a day out on the Gold Coast Broadwater to overnight exploration trips to some of the most beautiful places on earth, whilst experiencing the quality and luxury comparable with a five-star hotel.

Luxury super yacht has a yearly travel schedule up the eastern seaboard of Australia and as far as Far North Queensland. After chartering in the GOLD COAST each summer she departs in April to head to the WHITSUNDAYS during the idyllic winter months before joining the Cairns Marlin Fleet in late September to act as a Mothership on the GREAT BARRIER REEF. 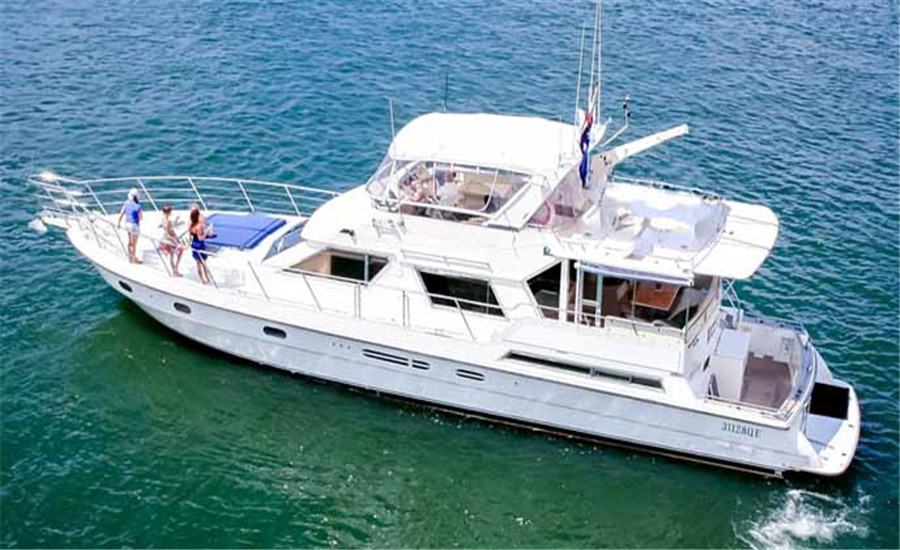 Deliver the pinnacle of luxury boating to the Gold Coast waterways What our customers say

What our customers say

Highly appreciate uboat excellent customer service. Alex was so friendly, attentive and super professional. We contacted Alex in a short time and was anxious about the available of the yacht we wanted. Thanks

The boat was awesome! The captain and crew made sure our experience was nothing but fun and very accommodating to what we requested all whilst keeping us safe! The speed was not too fast, and we had a fantastic time for the Sydney harbor cruise! Thanks Nboats!

It was a great day all round. There was about 11 people fishing on the boat, so there was a few tangles but nothing the crew couldn't fix quickly. We caught a decent amount of fish.

Total enjoyed the fishing experience today. Matt and Adam are absolutely amazing. Always helping, even when many of our friends don't speak English. We got loads of fish and Matt clean up all of them for us.

Recently found Uboat website. Booked a trip for my son's birthday and had an excellent time. I plan on using this platform moving forward. Very satisfied with my experience.